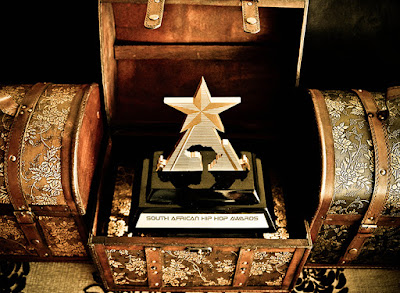 Accolades will be given to active members within the industry. Winners receive a statue that is called a Pyramid. The show will boast a number of appearances, live performances and tributes by today’s leading musicians. This will be prerecorded for ETV broadcasting purposes.

The nominated art form must be released or occur in South Africa.

The artist/group must be South African, if not then they must have a South African work permit and their work must be produced and released in the Republic of South Africa


Outlet Submissions: Only 1x correctly labelled envelope with hard copies of material will be accepted per entry. Include 2x CDs, artist profiles and press releases.

Courier Services: Only 1x correctly labelled envelope with hard copies of material will be accepted per entry. Include 2x CDs, artist profiles and press releases.


Courier the work to:
4 Pritchard Street,
1801 The Franklin Building,
Johannesburg, 2001