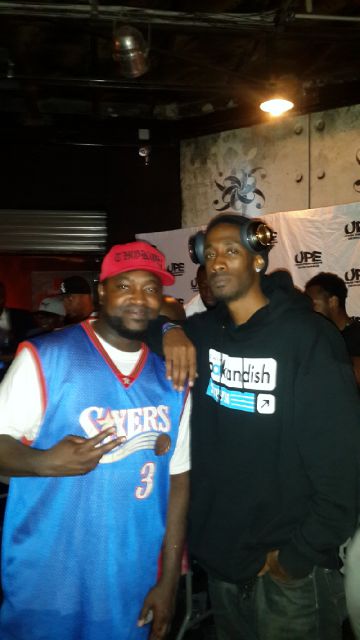 Stop Fooling Yourself. That is a timeless classic in my books. That was the 1st song I ever heard that convinced me that there was something special about this guy. The project was called Cloud 9: The 3 Day High which was produced by 9th Wonder, a producer whose work I was steadily discovering at that time. They sounded like a well-oiled machine and worked very well together. I needed to hear more, then mixtapes such as The Power of Words, The City’s Favorite, Corner Store Classics and others landed on my lap and he steadily moved up the charts of the best MC’s in the world!! Features on projects by Statik Selektah, the Justus league, Mick Boogie and other dope crews further proved that the kid was celebrated even by his peers.
At the back of the mixtapes came The Salvation, an instant classic of an album which blended great literature, a flow, and classical beats. Skyler Gregory Taylor is a genius, a great story teller who can take you on a walk through Brooklyn regardless of where in the world you are. More mixtapes followed; Penny Series 1&2, The Great Debater, Live from the Tape Deck with iLLMind. Skyzoo tells great life-stories and puts New York and growing experiences into a great relatable picture. It is sometimes comical how he’ll mention his love for Nia Long in certain tracks. You have to love the reality-raps and how he teaches through his literature.
﻿
My friends went from hearing me bump JayZ constantly to being introduced to Skyzoo, the Writer of Writers, the Genius MC who keeps it clean and focused. Ever since The Salvation, he put out 2 more classic albums; A Dream Deferred (2012) and Music for My Friends (2015).
The man said it himself, he would still be a writer even if he was not rapping; you hear this in the music. Look at the catalogue, from making tracks with his boys Sha Stimuli, Blu, Torae & Raheem DeVaughn to working with legends such as Talib, Jadakiss, Sean Price, Bilal, Black Milk and Jill Scott, just to name a few. To be so dope that he even caught a Jordan endorsement along the way, he is a ball player too after all. It has been a great journey, from Duckdown to Jamla to his own FGR record label. An Ode to Reasonable Doubt with Antman Wonder paid homage to 1 of the greatest albums ever released by 1 of the greatest rappers ever.
Fast forward to November 2015, his sophomore trip to South Africa was much anticipated by man, especially because Urban Phenomenon Entertainment brought him out with his great friend 9th Wonderful tunes. Finally meeting him at a documentary viewing in Maboneng, downtown Joburg, on a chilled Thursday night was a great moment. The moment was great because, from exchanging tweets while sitting on opposite ends of the globe to sitting and talking about the journey itself was a great experience. Finally seeing him take to the stage on the evening was historical and pretty much had me catching tears at some moments. His catalogue largely consisted of new tracks from the latest joint, he was blown away by the response and how a lot of people sang and rapped along song for song. This definitely was the making of my most memorable HipHop moment ever, a night I will never forget.
﻿

﻿﻿
Thereafter, it was the turn of 9th Wonder to bless the crowd with a beautiful set which consisted of some African classics. My brother GQ from Oakland, another Jamla signing and former ball player for the North Carolina TarHeels, also came up and did his thing. He performed tracks from Rated Oakland; I caught 1 or 2 dibs from the Trouble Man EP as well. A big fat shout out to our very own DJ Kenzhero, easily 1 of the best HipHop Chefs to ever walk these streets, as usual he blessed us with an array of greatness and soul through the speakers.
- November 27, 2015