Proverb to launch new album at The Lyric 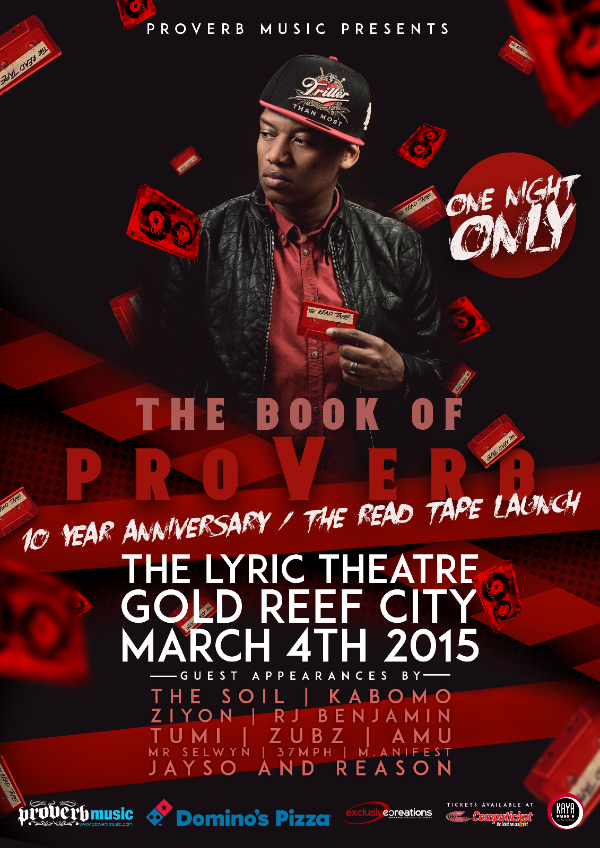 This year marks the 10th Anniversary of multi-talented rapper, SA Idols presenter, and producer Proverb’s debut album “The Book of Proverb” which was released in 2005. As a part of this decade celebration, Proverb will perform live at The Lyric at Gold Reef City on Wednesday, 4 March 2015 to coincide with the launch of his fifth studio album “The Read Tape”.

For his concert at The Lyric, Proverb will perform hits from his debut album including select singles from his catalogue, and showcase his latest offering “The Read Tape”. The celebration will also include guest appearances by hit makers The Soil, Ziyon, RJ Benjamin, Reason, Tumi and Kabomo to name a few. Tickets are available from Computicket as well as The Lyric and range from R150 to R200.