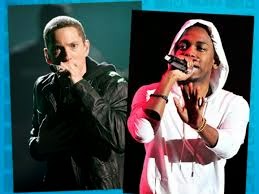 
Kendrick has been awarded two Grammy awards for "Best Rap Performance" and "Best Rap Song for his single “I”.


Lecrae - All I Need Is You


Pharrell has taken home two early awards as well, for “Best Music Video” and “Best Urban Contemporary Album” thanks to “Happy” and GIRL respectively. In a couple of not-so-surprising announcements, Jay Z and Beyonce‘s monumental “Drunk In Love” collaboration is this year’s “Best R&B Song” recipient, and Eminem and Rihanna‘s “The Monster” has earned the frequent collaborators the Grammy Award for “Best Rap/Sung Collaboration.”