The ART according to a HIPHOP Sensei 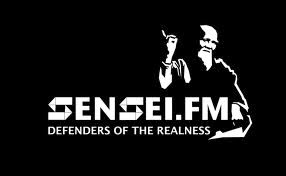 There is much to celebrate about life and art is certainly a great vehicle to express this. HipHop more specifically, has come a long way in South Africa and continues to show great improvement with time. Though some may say that we are still in pursuit of our true identity, there is no denying that the movement is head-strong in the daily lives of the SA street culture. There are names that have grown to earn a name in being regarded as “ama-Grootman”, the elders who continue to do work and keep a stern eye over our genre. Names such as such as HHP, Tuks, ProVerb, T from the V and Prokid are definitely some of the closest in mind; then you have a breed of warriors such as AKA, Casper Nyovest, Khuli, Riky Rick, Kwesta and others who are steadily taking their place and making HipHop an even bigger force to be reckoned with.


Hit after hit, we are reminded that we are in a great place within our freedom of speech as well as our need to party & have fun. Above all this though, there is always a concern that more people are focused on the “Turn-UP” lifestyle more than educating others. Right now we have a lot of buddies within HipHop and it somehow makes more things predictable that everybody is trying to be in everybody’s next video while trying to make the next party anthem. Where there is nothing wrong with this, but I personally feel the need for somebody to breakout and say something that people really want to hear. I for 1 care very little about what happens at Ma-E’s house when his gogo is not there, but trust that I would be the 1st to salute him if he had to rap about a social issue such as “Nkandla” for example. A few years ago HHP & Tumi made a song called Darfur, an emotion requiem about the devastation happening in Western Sudan; I always imagine the song being used by the African Union in campaigns to save Sudan. I always talk about that song because for me, it speaks volumes about the responsibility of being a HipHop artist; of course there are others that can be spoken of, but that for me is the 1.

Perhaps most of our artists are scared and move surreptitiously around issues that really affect the many communities that we live it. Perhaps saving lives and educating people should be the primary purpose and approach, all else will then follow when it should. Our HipHop needs a moment of controversy and I am not talking about somebody’s twitter rants nor Kendrick’s Control-esque verse.


We just need a moment of declaration by somebody to really speak on HipHop’s behalf and let us really know what’s up. A day cometh when a HipHop Sensei will be on your airwaves; until then, he sits watching from his