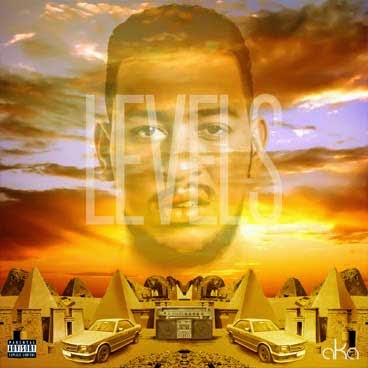 The album cover has an interesting Egyptian kinda look I must say.
If you take a closer look, you will notice the pyramids which apparently stands for AKA's personal development and the boombox by the centre indicating music as his centre life.

AKA's new single titled "Run Jozi" features K.O and out there already, however, you can pre-order 'LEVELS' on iTunes as the album will officially drop on the 8th of July '14.