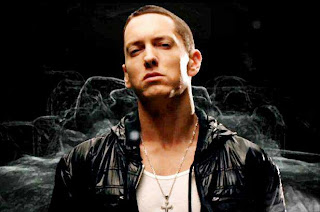 Marshall Bruce Mathers III better known by his stage name Eminem or Slim Shady is bringing his Rapture 2014 tour to SA early next year, brought to the country by Dainty Group in association with Primedia.

Eminem has handpicked the now, and the next, for the debut dose of Rapture. This is said to be a "game-changing hip-hop event". The full line-up will be revealed over the coming weeks. Well, they better bring it on...

The Marshall Mathers Grammy award hiphop artist's Rapture 2014, will take place at the Cape Town Stadium on Wednesday 26 February and at the Ellis Park Stadium, JHB on Saturday March 1st 2014.