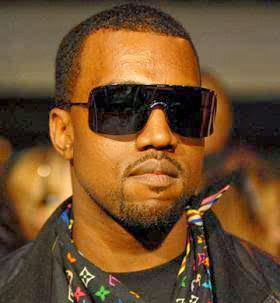 Kanye West has done it again, well, at least that's what everyone thinks.

"The Daily Currant" ran a fake interview with Kanye West saying he thinks he is "the next Nelson Mandela."

The article is satire.

The story was published by The Daily Currant, a satirical website. The fake article "quoted" West in a radio interview in which he compared himself to Mandela as he was asked who he thinks has great leadership skills like that of
the former South African President:

"I am the next Nelson Mandela," West responded. "I'm only 36 years old, and when I look at everything I've accomplished, it's the only comparison that makes any sense. By the time I'm 95, I'm going to be a bigger hero than he ever was..."

"Nelson Mandela did a lot of good work, don't get me wrong. But I think I'm on track to do something even bigger. I liberate minds with my music. That's more important than liberating a few people from apartheid or whatever..."

"Not to say Mandela wasn't for real. I have mad respect. I just think we need to keep things in perspective here. Anyone can be replaced. And I think I'm well on my way towards being the next great black leader. I'm already worshiped around the world. And there's more to come."

The article which featured the fake Kanye West interview received heavy social media sharing by many who were unaware of the satirical nature of The Daily Currant.

While a few readers are aware that The Daily Currant publishes humorous content, those unaware of its satirical nature have shared the article with the belief that it is a real story.

The "About" page on The Daily Currant clearly states that the contents are works of fiction:

Q. Are your news stories real?

A. No. Our stories are purely fictional. However they are meant to address real-world issues through satire and often refer and link to real events happening in the world.

The fake and definitely not real interview with "The Global Satirical Newspaper of Record" included quotes such as "Mandela was working in South Africa, which has, like what, six people? I started my magic here in the USA and then I took my business global" and "I liberate minds with my music. That's more important than liberating a few people from apartheid or whatever."... Wow!!!

Talk about disrespectful. A lot of people thought it was real. People on twitter also got really angry and wanted to put Kanye in prison "to make sure" he's the next Mandela.

Most of them said he should be put in prison for 27 years and see if he'll come out the same.

This blew out of proportion as more and more people did not realize the story was fake. Hai!!!

Kanye is many things and such things are easily not put past him, but this?? Tjo!!! This newspaper just went too far.

Check out the link to the main article:
http://dailycurrant.com/2013/12/06/kanye-west-i-am-the-next-nelson-mandela/