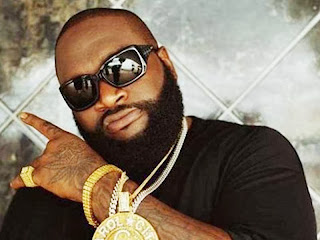 Teflon Don rapper, Rick Ross has been booked to perform at the Robert Gumede six to six party happening on Saturday as part of the IT billionaire's 50th birthday celebration.

I've never heard of this Gumede before and doubt I'll even try to understand why he'd want a big star like Ross to outshine him on his day. Gumede is said to be going all out for the big 50th birthday, starting with a golf day with some of South Africa's elite businessmen and politicians, and then a ladies luncheon and teaparty. The celebrations will be wrapped up by the six to six bash (which might be a private party) with the likes of Rick Ross, Keith Sweat, Khuli Chana, Zahara, AKA and Zakes Bantwini performing alongside Ross.

Some folks just don't want to grow up, how does a 50 year old man plan to pull a six to six bash?? Is the word "bash" still used?? I understand why Keith Sweat is booked, he's in the same age group as this Gumede, as for the rest of the artist *rolls eyes*...