﻿﻿
﻿﻿
Is Hip-hop Dead? Well this wasn't the  case in Newtown Johannesburg on Freedom day. As the followers of the culture came through in large numbers,  easily  20 000 people covered the Mary Fitzgerald Square. Graffiti artists took to the pillars, delivered superb street art while ballers were dunking the day away while the Boom bap sound of hip hop was blasting through the speakers in the background.

We were in a world of everything "hip hop" from the fashion stalls overlooking the skaters going at it in the mini ramps set up in the streets under the bridge parallel to the BP Fuel station which hosted the Redbull Wi-fi lounge. The square was filled with all types of heads from that Jordan wearing kid with the freshest gear on, to the Vintage swag chick with the weirdly shaped sunglasses on. 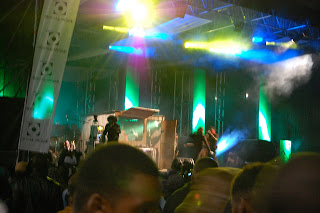 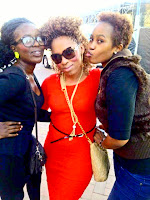 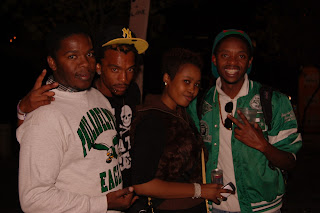 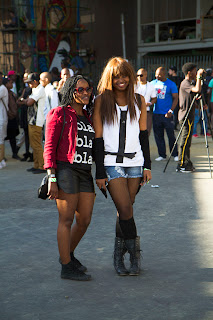 It was a day of hip hop where the main stage had artist after artist, from the rookies of the game to H2O who are solidly the veterans of the game, although their performance wasn't the best, old memories were relived when they performed "It's Wonderful". Mzansi's best selling Hip hop artist of all time Pitch Black Afro, worked the stage and also revived things up with his classic "Pitch Black Afro"; Motif Records shared the stage with Tumi and Reason doing what they do best. EMC gave that final touch Following the various artists who did their thing as well. 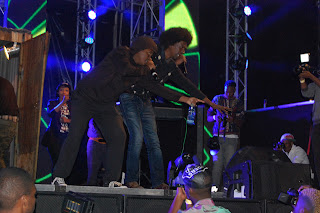 The redbull stage witnessed Dirty Paraffin created havoc with that new Age kwaito. Let me also congratulate the hip hop masses for being such a disciplined crowed! Back to the city 2013 festival taught me and the critics that hip hop is not dead!