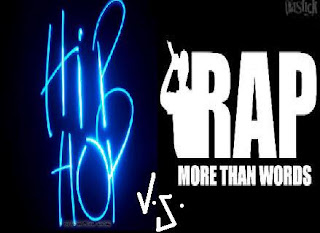 After asking y'all about the meaning of Hip-Hop and Rap, I Milk took an initiative, decided to also be sure of what i'm talking about and also get schooled. My research proved to me that I'm still a freshman and still has to learn a lot about the hip-hop culture.

Now, here's was'up, y'all need to have time to sit down, go through this and understand it therally as it's quite interesting.

Rap v., the act of saying rhymes to the actual beat of the music.

Chopped & Screwed: According to allmusic.com, Houston's DJ Screw had an uncanny mixing style where his records were pitched down to a slow and lumbering pace. Artists who have employed this style: Lil Flip, David Banner.

Gangsta: An edgy and often profane hip-hop style where the common element is the content: gritty street tales that portray a dim reality where the artist can be the subject or the observer. Artists: 2pac, 50 Cent, Lloyd Banks.

G-Funk: A specific sound that employs P-funk, melodic synthesizers and slow and steady grooves. This style is most identified with the West Coast gangsta aesthetic of the mid-1990s. Artists: Dr. Dre, Snoop Dogg, Warren G.

Golden Age: A period in hip-hop between 1986 and 1993. Many argue that the best hip-hop albums were recorded during this era. Artists from that period: Public Enemy, Eric B. & Rakim, Slick Rick.

Hardcore: Both a description of the content and of the sonic quality, which often has a minimalist sound bed of a sample and hard drumbeat. Artists: Jadakiss, DMX, Lil' Kim

Old School: Hip-hop at the beginning, before it became such a mainstream